No one would have considered it to be a good investment.

Jeremiah was in prison because he had been announcing the all too obvious truth neither the people nor the king wanted to hear: the Babylonians were coming, their land would be occupied, and the people sent into exile. Just the kind of factors that are now causing a massive immigration crisis around the globe.

But as circumstances became more grim, Jeremiah received a word of unbelievable hope. (Jeremiah 31) He heard the Lord say, “I have loved you with a love that lasts forever.”  When all the odds were stacking up against them, the Lord promised that “the people who survived the sword [would] find grace in the wilderness.” One day the Lord will “gather them from the ends of the earth…and they will be rebuilt.”

No responsible real estate agent would have recommended purchasing a piece of land that would soon be taken over by the Babylonians, but that’s exactly what the Lord told Jeremiah to do (Jeremiah 32).  With what appeared to be totally irrational faith, Jeremiah put his money on the line, bought the land at Anathoth, and told Baruch to hide the deed away in a safe place.

Even as he signed the contract, Jeremiah was asking, “Why tell me, Lord God, Buy the field…when the city is under Babylonian control?”  Then he received the answer, “I am the Lord, the God of all living things! Is anything too hard for me?” (Jeremiah 32:27)

An Investment in the Future

Jeremiah’s story is one of the lectionary readings for this week.  In The Upper Room Disciplines, Kathleen Stephens wrote:

Right in the midst of this seemingly hopeless circumstance, God offers Jeremiah a chance to demonstrate inexplicable hope……a concrete sign that though the future looks bleak…the future belongs to God and to God’s people. 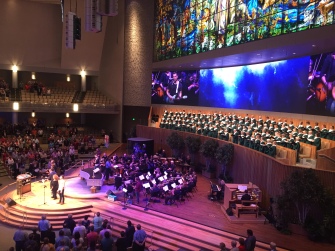 There are more than enough reasons to question the future of the the church in which I’ve invested my life.  There are powerful, centrifugal forces that could tear this denomination apart. Sincere and serious people on both extremes of the debate about sexuality believe there is no way for us to stay together. The fundamental question before the 2020 General Conference is whether we will divide into separate groups or whether the center will hold and those who cannot in good faith stay with it will be given a grace-filled and responsible way to leave. 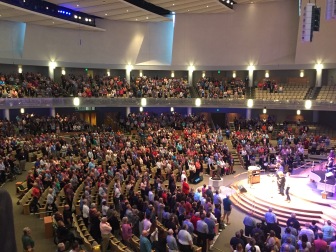 The people who gathered in Kansas City declared the hope that Jeremiah demonstrated by purchasing the land in Anathoth.

We dare to believe that nothing is impossible for God and that the UMC has a future!  It’s a future that…
…is deeply rooted in the Wesleyan tradition,
…boldly affirms the authority of scripture and the historic creeds of the church,
…nurtures disciples in the classic spiritual disciplines,
…is passionately committed to the mission of “making disciples of Jesus Christ for the transformation of the world,”
…welcomes all people to experience God’s love, be joined in Christian marriage and be called to ordained ministry without regard to distinctions of race, gender, or sexual orientation,
…becomes a part of the answer to the prayer that God’s kingdom will come and God’s will be done on earth as it is in heaven.

I returned from Kansas City feeling that I had experienced the unseen future of the church.  What we experienced there is the church I want to be a part of and that I believe  God can use in the next generation.  Nothing is impossible for God!

4 thoughts on “Investing In An Unseen Future”