It Began in a Canoe

When a Methodist pastor in Tampa went canoeing on the Hillsborough River with a high school athlete in his congregation he never could have imagined that he was making a small contribution to a movement that would change history.

The pastor’s name was L. M. Broyles.  He was appointed to Hyde Park Methodist Episcopal Church, South, in Tampa, Florida, in 1915. He was serving there in 1919 when women got the right to vote and Hyde Park became “the first church in the Florida Conference to include women on its official board.”

James A. “Jim” Dombrowsky was a senior at Hillsborough High School, an honor roll student, editor of the school’s literary magazine, who “canoed often, finding the sport more exhilarating than competition where winning was the only aim.” His biographer says “he often went fishing and canoeing” with Rev. Broyles and “as his love of physical exertion grew, so, too, did his interest in religion.” It wasn’t long before he was teaching Sunday School so that “Methodism would encircle him for years to come.”

Incubator for the Movement

When Dombrowsky came home from serving in WWI, he “had it in his mind to do something to help people.” During one of their fishing trips, Rev. Broyles convinced him to go to the newly established Emory University.  He went on to Union Theological Seminary where he came under the influence of Reinhold Niebuhr and the “social gospel” movement.  In 1932 he was one of the founders of the Highlander Folk School 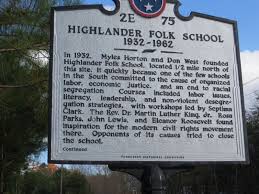 in Monteagle, Tennessee, which became an important incubator and training center for the civil rights movement. The first integrated workshop at Highlander was in 1944.

In 1955 a seamstress named Rosa Parks spent a week of her vacation at Highlander where she attended classes taught by Septema Clark, the “Mother of the American Civil Rights Movement.” 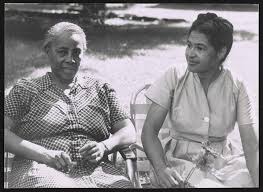 She returned to Birmingham saying that “her eyes had been opened to new possiblities of harmony between the races.”

Workshops and training sessions on nonviolence, citizenship, voting rights and social change at Highlander became a formative experience for many of the leaders of the movement including Martin Luther King, Jr., James Lawson, Andrew Young, and Medger Evans.

In 1947, Zilphia Horton, the music director at Highlander, adapted “I’ll Overcome Some Day”, a WWI era African-American hymn by C. A. Tindley, and taught it to Pete Seeger who published it as “We Shall Overcome.” It would be sung in the churches, on the streets and in the prison cells as the official anthem for the movement. 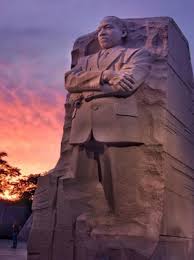 Dr. King often said, “There is a moral arc in the universe that bends toward justice.”  The movement for freedom and justice is a part of God’s work of salvation in this world that will go on and will not be defeated.

But God has a peculiar way of using ordinary people who make their own small, unnoticed contribution toward bending the arc of justice, who plant seeds of hope in dark places, and who point the way to truth in times when lies abound.  May each of us be among them.